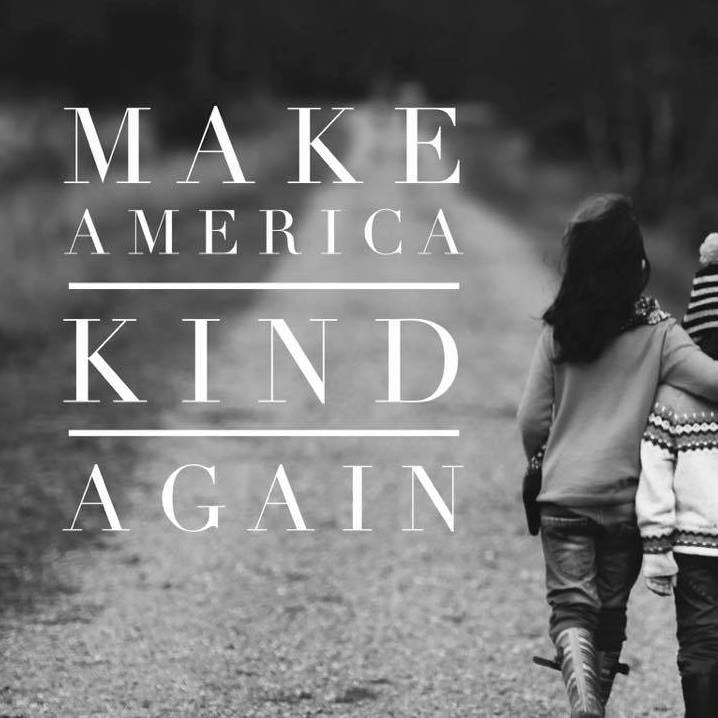 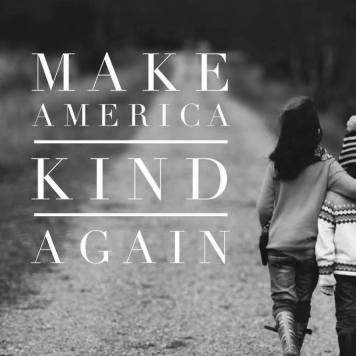 Here’s a rare political blog from me,  where I will pretend that anyone cares to know my thoughts on the Presidential election. I see the anger, pain, sadness and dismay all over my Facebook wall from my friends and colleagues. Of the many perspectives, I can only offer mine, a straight college educated man slightly whiter than a bleached polar bear and with all the privilege that brings and whatever filters others may apply to my view. Many may say that I had the least to lose in this election, and who am I to disagree? Those who know me I hope would say that social issues, equality, and justice are a matter of great concern to me, that I stand as an ally for minority rights, and like you, this is why the election was so important to me, why I took the loss hard, and have great concerns about what it may mean.

So let’s get right to the reason I chose to write this, the thought foremost on my mind as I continue to process what has happened. Last night, the people have  spoken and chosen their next leader, and, I feel quite strongly that to wish and hope for that democratically chosen leader to fail, regardless of consequences to our country and our standing in the world, is a selfish and ultimately self-destructive view, and disrespectful of the very democratic process that makes this country unique and great.

Please keep hearing me out.

I imagine that, like many of you, I’ve spent the last eight years shaking my head at a fringe demographic as it wished for, and in some bizarre instances, actually prayed for Obama to fail as President. I also watched and, in certain circles, spoke out against an array of outrageous lies and fabrications flung in his direction with shocking regularity. As this nonsense continued, I told myself that if, some time in the future, my candidate for the office ever failed, I would never be one of those bitter, angry, paranoid people, but respect the process and the majority’s pick. (Since I’ve been old enough to vote, I have, for better or in at least one case for worst, always voted for the winning POTUS…that is, until last night.)

Although I did not vote for him, come January (to paraphrase Obama in 2008) he is my president, too. Trump’s acceptance speech last night was mild toward Hillary, with a tone of wanting to unify and go forward, In the first couple of minutes, he specifically reached out to those who did not vote for him, asking for their help to do the best job possible. Well, okay then.

Hillary said many times during this contentious season, “when they go low, go high.” Even more important, when they go high, don’t go low. As I look over my wall today, I am seeing a shocking number of posts from people already declaring their intent to disrespect and “go low”, and it’s two months before Trump has even taken the oath of office.

If we can agree that unreasonable resentment was wrong eight years ago, we have to see that it’s wrong now.

I get it. If you take him at his word, we will soon have a leader who seems willing to roll the clock back on American’s rights a good 40+ years. Fortunately, he also seems clueless about how to accomplish any of the things he says he wants to get done, and it’s this process of checks and balances (dubious as it is) that we need to count on in the months ahead. We have a person whose “plan” was so vague and poorly constructed that we don’t even know what to be fearful of first, because we don’t know what’s possible and what’s empty rhetoric. We have put in charge of our nation the most unqualified individual in the office in recent history, if not ever. Taking all of this into account, it’s safe to say that he is going to make a lot of mistakes, and I have genuine fears over the consequences of those mistakes.

Look–we should absolutely hold our future president accountable for his legitimate terrible decisions, just as we have past leaders. We should absolutely let our voices be heard when this administration threatens to pass injustices into law. We should absolutely fight like hell for the social progresses that have been made and push for whatever forward momentum we can achieve, and use our voices, our platforms and our cell phone cameras where needed to document exactly where this path is going, just as we do with our current leaders.

Trump has asked us to hold him accountable, and you can be sure I will be adding my voice to block any actions where he gets it wrong. But as I do so, I will not succumb to mirroring the behavior that led to the Birther conspiracies and the blatant unreasoning nonsense that caused me to dig in my heels over the past eight years whenever it came from the fringe on the other side.

And I will never, ever, hope that a President fails.

White, black, Muslim, gay straight, Christian atheist, transgender…we are also Americans, and we have a lot of control over the tone going forward. I encourage each of us to remember to go high..not JUST when they go low, but AT ALL TIMES. That’s how we will Make America Kind Again.